The cost of being on the fence.

After 2.5 years of association with Nokia Bell Labs, I have decided to move on to do something else. I will be moving into a more product oriented data science role at the Expedia Group, from a blue sky research role at Bell labs.

Working with such a stellar organization and its brilliant people was truly enriching in so many ways. But it was equally an excercise in self awareness. And the greatest outcome of this excercise, to me, was the awareness of the costs of being on the fence. Let me explain

A while ago — in the middle of one of the many pandemic-driven-existential-crisis — I doodled something that I thought captures a principle about how I should spend the limited time I have. 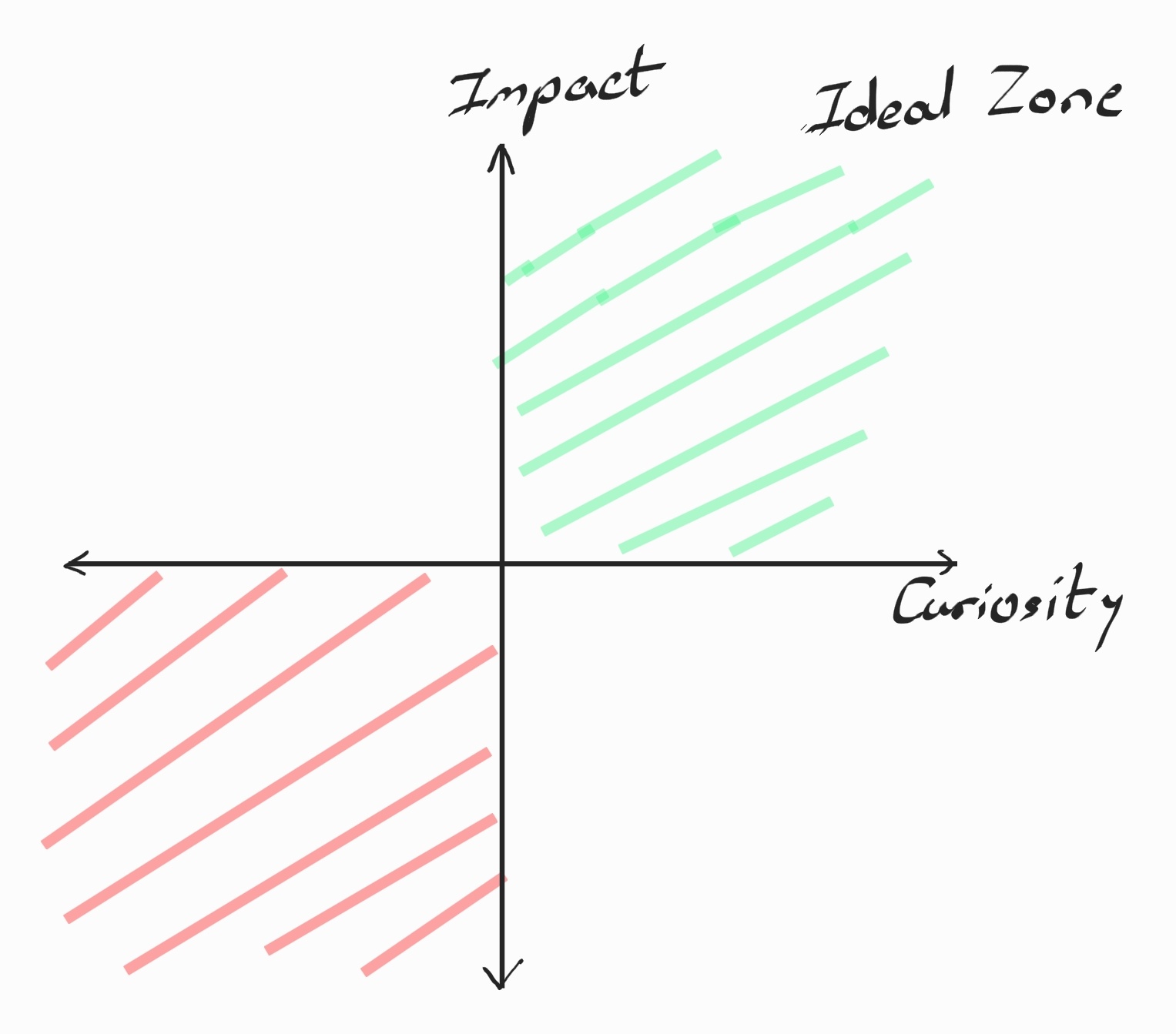 The thesis roughly states that one has limited time to spend on this earth on things other than living, and they should optimize it to maximize impact and maximize curiosity driven learning. But a corollary of this principle is that it is extremly hard, if not impossible, to maximize both at the same time, without sacrificing other facets of life. In other words, maximizing both requires walking up the line at 45 degrees (which I call the fence) to the very top right corner. However, more often than not, you end up loitering around the central part of this fence. This is because , in my experience, maximizing either often require orthogonal sets of skills. To drive impact one needs focus of execution, and a relentless will to iterate over the build -> test -> deliver -> repeat cycles. To leverage curiosity, one needs an open mind and enough time to try things out. Being on the fence means you cannot do either well. This means you are not going to produce impact as measured by ROI, or number of lives affected; or produce truly deep knowledge that comes form digging deep where your curiosity leads.

I always considered myself to be a curious person, with a wide spectrum of interests. Putting myself into a box was never an intriguing idea, which is precisely why I always wanted to do a Ph.D. A doctoral journey, in my honest opinion, has more to do with the framework of thought, than with the resulting outcomes. It teaches you to start off from zero and dig deep enough to discover new knowledge, and you may do this several times in a typical Ph.D tenure. This process is immensely valuable for generalist and specialists alike.

But on the other hand, I have also always immensly valued impact, and the gratification felt while witnessing what you have built being used by real people. This tug of war between the two orthogonal phylosophies meant that I involuntarily defaulted to the fence when thinking about projects and time commitments. Choosing to sit on the fence is deliberately choosing a sub-optimal environment, thereby limiting your opportunities to thrive. So for now, I will be playing the jump rope with the fence, and see where that leads me. 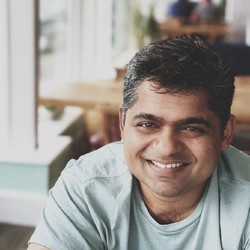 Look up, it's full of stars…